You wanted to try vegan diet, but somebody told you eating a vegan can be very expensive and now you are having doubts if it is the right thing for you. Sounds familiar?

Many of us have been there. When I went vegan, most of vegan certified products were a bit pricey when compared to the non-vegan ones. But today with so many companies offering vegan products the prices went down a lot.

Today it can be quite cheap to eat vegan diet if you put some time into planning your meals and learn a few tricks like buying in bulk or freezing your food.

So, you are ready to go vegan but worried your new lifestyle will be expensive? This article is exactly what you need to know – a complete guide on cheap vegan diet.

Is a Vegan Diet Cheaper Than Eating Meat?

We already discussed if vegans are more healthy than meat eaters, but how do those two lifestyles compare when it comes to their cost?

Veganism is many times considered as an expensive lifestyle and only for wealthy and high social class groups of people, and that vegan food demands a lot of preparation time.Luckily, it’s not like it seems at all. Research has shown that vegans spend on average 40% less on food than those who eat meat or fish.

The last British research shows that a main meal containing meat or fish costs on average $2.06 per person, while a plant-based meal costs on average $1.23 per person. Moreover, another data shows that average vegan shopping basket costs $19.13, while non-vegan shoppers pay $20.81. Interesting fact is that only 3.7% of British vegan households spend on food and drink, is spent on meat substitutes.

Furthermore, the research also shows the difference in time preparing a vegan and meat or fish-based meal. Vegan lunch is 30% quicker to prepare and takes only 25.4 minutes. Meanwhile a meat or fish-based lunch takes on average 37.5 minutes.

There is even an Oxford study that concluded that sustainable eating is cheaper and healthier.

How Can I Eat Cheap on a Vegan Diet?

Choosing vegan lifestyle can seem like an expensive choice at first, but after time many people find that their shopping becomes cheaper after adopting a vegan diet. Here are some key points to work on in order to eat a vegan diet on a budget:

Cooking from scratch and eating at home is one of the most effective and easy way of cost-cutting.

Do you know that vegan staples such as fruit, vegetable, legumes and grains are some of the cheapest foods out there?

Stick to Cheap Basic Ingredients and Buy in Bulk

Buying in large quantities can be very affordable (for example: nuts, seeds, legumes, and grains). Furthermore, this type of food can even be stored for a longer time in your kitchen.

Try to compare different stores and start planning your shop ahead of time so you can really control your costs better.

Grains and legumes are ideal for buying in bulk. You can prepare stews, soups, pasta sauces, spreads, etc.

Buying seasonal food is not only budget-friendly but also tends to be locally produced, fresher and contains a higher concentration of vitamins and minerals due to the short transport time.

It’s easy and effective to make and adapt all your favorite meat-based meals with plant-based ingredients.

Replace minced beef for legumes. Pasta with Bolognese, stuffed peppers or lasagna is just as good when filled with lentils or beans. Likewise, soy mince is a good alternative for those who miss meat.

Drinking milk in a vegan diet is not an option. But you can try different alternatives of plant-based drinks made of soy, rice, oat, or nuts. You can also try making your own plant-based milk at home.

Vegetable dishes, such as stews and soups are a great place to start because they are affordable and rich source of proteins, minerals, and vitamins. Prepare it in a big pot so you can use it for various meals in advance or you can freeze them for the time when you lack time, or you just don’t have any inspiration for cooking.

Increase protein intake from legumes, tofu, and vegetable, like broccoli and collard greens. Enjoy them as a hot side, roll them up in a whole-wheat tortilla or toss chilled beans in with your salad to boost your daily protein intake.

Search for affordable restaurants; there are plenty of them.

Indian dishes are mostly vegan and contain nutritious staples like legumes and vegetables.

Nowadays, many restaurants also offer at least one vegan dish. If not, ask a chef to prepare a simple vegan dish for you. An example would be baked potatoes and a lettuce or tomato salad – cheap and healthy – a win-win meal.

If you have shops near your home specializing in food from other countries, explore. You might find some ingredients are cheaper than in your local supermarket.

It is similar with outdoor markets that are usually more affordable than prices in supermarkets. When you find some veggies and fruits are discount, try to freeze them.

Is it Cheaper to Make Your Own Vegan Milk?

Technically it is wrong to call plant-based drink, a milk. Milk is something that comes from an animal like cow or goat. But people like to use the term milk since the look of plant-based drink reminds them of milk so much.

You will hear me using both terms plant-based milk and plant-based drink. You should know I refer to the same thing. A drink derived from plants.

If you want a DIY plant-based milk using a cup of almonds it costs about $4 to make 2 cups of almond milk. On the other hand, if you buy almond milk from a supermarket, it costs from $2 to $3 for 32 oz.

As numbers show it’s more affordable to buy packaged milk than to do it by yourself at home. But you need to take into account that non-dairy milks from supermarkets might not only consists from nuts and water, but also carrageenan, xanthan gum, or guar gum.

Another thing to consider is the concentration of the drink. You might find some drinks have a lower nut to water ratio than you would chose at home if you made your own plant-based milk.

Is it Cheaper to Make Your Own Vegan Yogurt?

Making your own vegan yogurt is not only more tasty but also cheaper than buying it at the store. It depends on the milk you buy, but homemade yogurt costs 60% to 80% less.

Is it Cheaper To Make Your Own Vegan Cheese?

How Can I Eat Healthy and Cheap Vegan?

Is such thing even possible? Eating healthy food that is cheap. With good planning and some tricks it is definitely possible.

Here are some tips:

How Can I Eat Cheap Raw Vegan?

We have established you can eat cheap vegan diet, but what about raw vegan?

Eating raw vegan can be cheap as well. Here’s how:

It’s common misconception that plant-based eating is expensive by nature, and you need to be mega-rich. In fact, many studies show that eating vegan is very budget-friendly. They also show that in high-income countries it was very affordable to be vegan and reduced your food costs by up to 30%.

Many food staples, such as legumes, nuts, seeds, grains are very affordable. Sticking to cheap basic ingredients can make that grocery bill go way down. Luckily, you can make a lot of tasty and healthy food on a budget. Vegetable soups, stews, rice with beans, vegan tortillas, salads, and pasta are just some of examples what to eat on a vegan diet that is at the same time also low-cost.

According to a study in the Journal of Hunger & Environmental Nutrition meat-eaters can save up to $750 a year by simply switching to a plant-based diet.

Lastly, A University of Oxford study found that if everyone adopted a plant-based diet, there would be a 10 percent decrease in mortality. So, if you want to live longer, healthier and having more money in your wallet, start choosing plant-based meals over meat, fish and dairy. 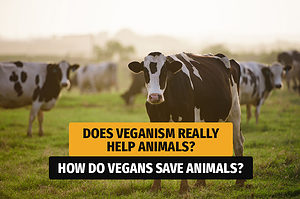 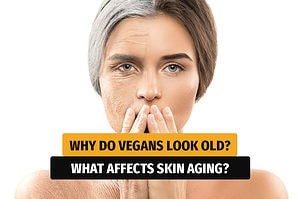 Why Do Vegans Look Old? How to Stay Vegan While Traveling?

Why is Being Vegan so Popular? 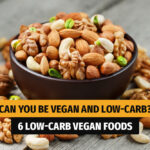 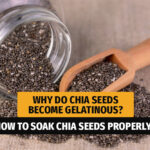 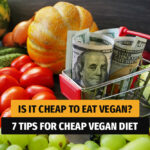