When we say tapioca flour, we refer to a fine form of starch which is made from roots of the cassava bush. Throughout this article I will be using both terms – flour and starch.

To get from cassava root to flour, a lengthy process is required, during which roots are peeled, grated, soaked, pressed, and roasted. But, is tapioca flour vegan? Sounds vegan, to me.

Yes, tapioca flour is vegan and is often used for puddings, jellies, soups, and sauces. I love to use it in my kitchen because it is also gluten-free, which makes it easier to digest than wheat flour. Also, if you have somebody with celiac disease, tapioca flour would be something they can eat.

Tapioca flour is not marketed just as a fine powder like other food starches, but in two different forms instead. There is flour or starch form and others are small tapioca balls and milky-looking pearls, also known as boba pearls, which are used in bubble tea drinks.

If tapioca flour is vegan and pearls are made from that flour. They should be vegan, right?

The use case for pearls is pretty much the same as for the tapioca flour. They have a neutral taste and can be used as the base for many dishes.

Tara and I use tapioca balls most of the time for thickening sauces and making vegan cheese. But nevertheless, we also like them in pudding like our tapioca blueberry pudding.

Where is tapioca from?

Tapioca is known by various names: tapioca, cassava, manioc, yuca. In all cases, it is an underground root that thrives even in less rich soils where other crops are difficult to grow.

Tapioca is not an everyday food in Western cuisine so quite a few people wonder where is tapioca from. Many people don’t even know what tapioca is supposed to be.

It comes from tropical parts of Asia, Africa, and Latin America; it’s very common and a staple food on almost every plate. Although today, tapioca in its raw form (cassava – tapioca root) is grown all over the globe.

The tapioca root is rich in starch and fiber and is one of the staple foods and sources of nutrients in tropical and subtropical parts of the world.

Tapioca is mainly known in the form of tapioca balls and tapioca flour. Until recently, both foods were mainly used in gluten-free diets and were more familiar to people with celiac disease, but now they are also increasingly used in general due to their versatile and tasty usefulness.

The cassava root can be used in many ways. When fresh, it should first be stripped of its coarse brown skin and can then be boiled, baked, poached, or used as an ingredient in other dishes. It is prepared similarly to other root vegetables such as carrots or potatoes and is particularly tasty in combination with rice and quinoa.

Tapioca flour is a product of cassava root and is produced by rinsing and grinding tapioca roots. Wet pulp is then pressed through a strainer to produce a starchy liquid. When all the water evaporates during heating, pure tapioca flour remains.

This processing process is very important because fresh roots contain toxic cyanide, which is harmful if consumed over a long period of time. Tapioca flour and tapioca balls do not contain it, so there is no restriction or cause for concern when consuming them.

Tapioca flour can also be prepared at home by finely grinding tapioca balls. It is additionally sieved through a sieve to remove larger particles and can be used in the same way as ready-made tapioca flour.

Just be aware that this home-ground tapioca flour will never be as smooth and fine as ready-made tapioca flour – but it is a useful and quick solution when you need it in a recipe and only have tapioca balls in the kitchen cupboard.

What is tapioca good for?

The starchy composition of tapioca flour dictates its culinary use – it is mainly used to thicken various dishes such as soups, sauces, and homemade vegan pizza cheese.

The starch in tapioca is activated at lower temperatures than e.g., potato starch, so thickening with tapioca flour is fast. For example, it can be added to sauces and soups at the very end, and too runny jam or sauce can be saved in the last minute.

For those who are allergic or sensitive to gluten, tapioca is a perfect alternative to other starch products.

Since tapioca is tasteless, it can be flavored accordingly with sauces, sweeteners, or fruit– depending on the dish you are making.

For me personally, and I believe for many other chefs as well, the beauty of using tapioca starch for sauces and other liquid types of dishes lies in the fact that it thickens the liquid uniquely, unlike for example corn starch. Sauces thickened with tapioca starch have a very creamy, kind of slimy structure that flows better than corn starch based sauces.

You can read a clinical trial on digestibility of tapioca starch at the National Library of Medicine.

Is tapioca flour good for baking?

Tapioca is often substituted for wheat or other types of flour, when you are looking for a gluten-free option. But does that mean only for cooking purposes or is tapioca flour good for baking as well?

Tapioca starch has a very different structure when compared to corn or potato starch. This is very noticeable, for example, if you cook a pudding from corn starch which is firmer than the one with tapioca starch that ends up being more stretchy, less firm.

Is the tapioca in bubble tea healthy?

Bubble tea is a drink made of tea, milk or for the vegan version of fruit syrup and its miracle ingredient – tapioca pearls. In this case they are called boba pearls and are a bit bigger than the tapioca pearls used in cooking. But is the tapioca in bubble tea healthy?

By now we already know tapioca is a very healthy food with a large array of benefits. But when it comes to bubble tea, there is more.

In 2021, a study was published which showed that by chewing tapioca pearls in bubble tea drinks, the quality of saliva could be significantly improved by decreasing salivary C-reactive protein (CRP) and calcium levels.

If you are interested in learning more about the quality improvement of saliva by chewing boba balls, you can do so at the National Library of Medicine.

What is the difference between tapioca pearls and boba?

In the US, people know boba by two names. On east coast they call it bubble tea and on the west coast it is known as boba. Tapioca pearls and boba balls are often thought to be the same thing. While they do share the same source, there is a significant difference between them.

Boba is a tapioca ball that is used in bubble tea drinks. Tapioca pearls have a neutral flavor and boba balls get their sweet flavor from the sugar syrup they are soaked in before serving. Boba balls are also much bigger than regular tapioca pearls and when bitten, they burst and flood your mouth with the fruity flavor.

Does tapioca have any health benefits?

In essence, tapioca is very rich in starch, a great source of carbohydrates, which are the best source of energy for our bodies. But there is more to it and before answering the question: does tapioca have any health benefits; we need to set something straight.

It is believed that tapioca bread is better than bread made from other flours. That is a misconception since all flours (except wholegrain flour) are composed of simple carbs, which have a high glycemic index and can cause blood sugar spikes, which is something we are usually trying to avoid.

If we set aside the fact that tapioca starch has a low fiber content and is a simple carbohydrate, tapioca does have some health benefits:

If you would like to dig deeper into the blood pressure topic, I suggest you read the above-mentioned study about the effect of potassium supplementation on blood pressure.

There is also one more thing to be noted when it comes to tapioca’s health benefits.

To decrease tapioca’s glycemic index, you can try increasing its fiber content by adding chia or flaxseeds or just make the dish that combines tapioca with fruit or vegetables like our tapioca blueberry pudding, where we added blueberries to increase fiber intake.

We spoke of tapioca’s benefits, and it would make sense to also mention its dark side. Tapioca is very popular, especially among vegans, but there seems to be some doubts whether we can really consume it or not. Is tapioca really toxic?

Tapioca is made from cassava root, which can have a high level of hydrocyanic acid, aka cyanide. Not knowing how to cook cassava root before processing it into flour, can cause poisoning and even failures in vital organs such as the brain and liver, because of this many people begin to label cassava as a poisonous plant.

But if you are worried that if you buy tapioca flour in a store and use it in cooking, you could get poisoned, that will not happen. Producers of tapioca flour and its derivatives eliminate cyanide in the production process and product that ends on the store shelves is perfectly safe for consumption.

In fact, the World Health Organization established that cassava is a safe food as long as it does not exceed 0.01 milligrams of cyanide per gram.

How do you use tapioca flour? 8 vegan use cases for tapioca

Having tapioca flour as a gluten-free alternative to wheat or other gluten-based flours is a blessing for many people with gluten intolerance.

Us, vegans, are another group of people grateful for tapioca as it enables us to make vegan pizza cheese that is so stretchy like regular dairy-based cheese. Those who said it wasn’t possible to make vegan cheese so stretchy obviously never heard of tapioca starch.

To draw the line, tapioca, be it in flour or pearl form, is a great ingredient for many dishes, vegan or non-vegan. It provides so many possibilities in the kitchen that it has become a must for me.

If you haven’t tried tapioca yet, I suggest you do it ASAP and let your culinary imagination run wild. 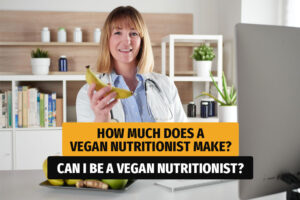 Where can vegans get iron?